When we travel or not, nonetheless, there are days those are dear to us and we like to think about those days on the other hand there are some other days those are etched in our memory as a gash and we don’t like to about those days. These are quite clear classification and pretty much sorted. Then there comes the third one, the days we are not sure about, was it bad or good, I learn a word for such days, “weird”

These are the days when you start to feel really bad and something nice turns up and then when you start feel good and a turn and it keeps happening whole day one by one as if keeping the balance of the day. It is looking at one’s life in nutshell of one day’s time.

life as it goes by, from a window of train

It makes you feel funny as at the end of the day you can’t decide how to feel about the day and that’s where your personality type comes in play, that is, whether you are optimistic and celebrate life like it is a game and look at the glass half full or you are one pessimistic and concerns are more important to you compared to celebration and you are the one who look at glass half empty. It becomes important as that decides on these weird days that how and what mood you will take with you to bed.

Ultimately it is you who can make a conscious choice of being happy or sad or indifferent about something or may be everything, let alone a day!

I don’t watch, read, hear news by any direct means. I used to be news hogger but then I realised it all in vain. However I get to know things in this high tech – high speed times by people anyway. In my Facebook feed, over heard while travelling, as part of conversation from somebody, major events anyway come to my notice as I heard about #Manchester #tragedy and then could not help but google it and checked on people who I know in Manchester & UK mostly.

So there is continues new report flooding and suggesting it was a #suicide #attack means somebody set him/her/them selves off the bomb, so they can killed few innocents. Its tragic & sad that innocent people are dead but do we learn? Are not we, as human race, self destructive mode?

We hope, those get strength to endure, grieve !

I hear this word more often then not. Bestie or BFF as they like to call sometimes in texting language. People like to do things with their bestie like sleep over or binge drinking, binge watching, a day out with bestie or just sit with each other and have conversation on lengths about everything and anything under and over the sky.

These are wishful thinking which are shown in movies and one wants to do them and sometimes make plan to do them but these happen less often then one wish for especially with growing age and things associated with it, it all dies down. You make plans but they don’t happen and eventually you stop making any plan at all.

This is normal life. Of course but how is it for travellers? Do they have bestie? if yes, how do they keep it touch?

I felt like making a bestie out of them, or may be all of them but they were too shy!

I happen to meet some of people, those I can say, are travelling for many years and I found out they don’t have anything scheduled however a common trend is to meet one’s close people at an interval of a year or so and spend say a fortnight or month with them at a beach location. However a traveller may have their own styles of doing things but most of them have one thing in common which is they have too many of them. Bestie(s). Yes.

People tend to find more like minded people and especial thing about it that these people match at different wave length then earlier ones, hence there is nothing called comparing or finding out the “best” because each one of them connects on different spectrum of mind which feels beautifully complimenting in so many way.

Its like finding so many way to fulfil your grey matter requirement. After all human beings are greedy, so what if for bestie(s). Keep Travelling, Keep finding your besties.

These two words are quite interesting individually and gives birth to heady cocktail when mixed as there numerous possibilities comes on picture when one think of these two together. Travel. Relationship. 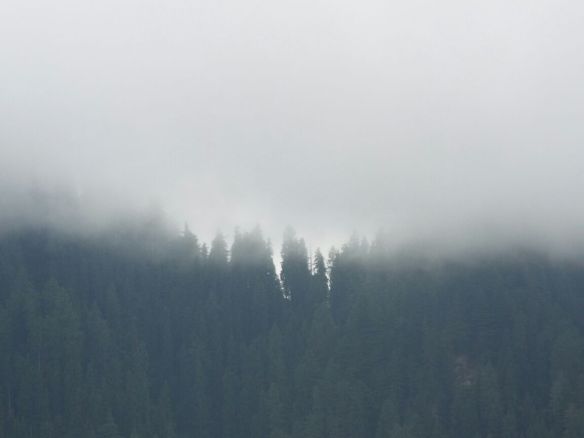 Relationship within your mind & heart

(That T-shirt is forever) 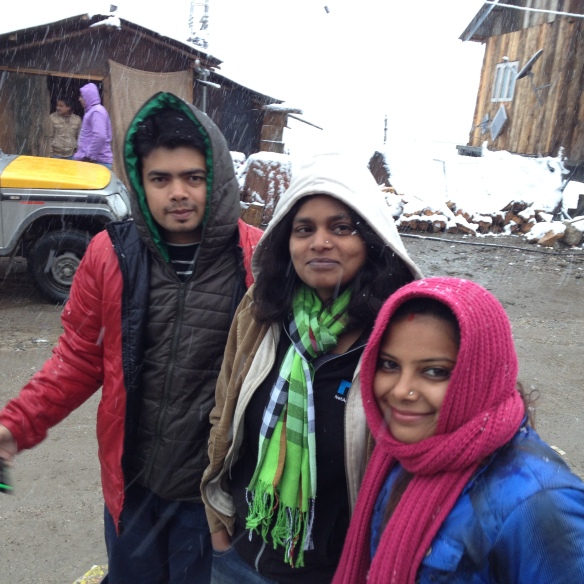 Relationship with means of travel

Travel & Relationship also bring me to, travelling with relationship(s) and how they evolve with that but that for some other day!

There might be many more which I missed, You are welcome to add them! we will go through each of them in future..!

It can never have a perfect start or end or enough of words when I write of #Laddakh because everything fall short for the #Laddakh. I run out of all tangible thing as I am flooded with………..this post would continue later…for now please keep on reading about #Manali

It started long back when I visited first ever time to Manali and when you are in #Manali you see every day some of groups leaving for Leh and some of them coming back. People talking about which mountain pass is open or not. There are road signs indicating just that. Whole atmosphere is like a transit camp, which is full of life and anticipation. Like any other transit camps, there are  unofficially defined zones for everything. Everything one might want to do to have fun and enjoyment, cafes, hostels, smoke zones, #hash-zones , grass/weed zones, some might like to argue that whole Manali is that only however it is largely divided in terms of type of people populating and hanging about that place e.g. Old Manali is den of foreign nationals and famously second home to Israeli people who come after their military service.

But I did not see any of it.

When I first visited #Manali, it was through the eyes of a cycling expedition and my exposure to real #Manali was as limited as it could be, however, I felt I needed to come back. As Soon As Possible.

First time ever, I was cycling in #Manali and visited all the places one supposed to be visited like #Hidimba Temple, #Manu Temple, #Vashishth #HotSpring, #Naggar Castle etc. and the highlight of whole time was not these place but the routes to go there which we covered by cycling.

Every day was marked with scenic beauty of #pine and air filled with fragrance of mountain flora and fauna. Body filled with strain of #cycling and #heart filled with #joy. It was a different experience and I did not know about it. I did not know I was not looking at Manali with a tourist point of view but a cyclist view.

In later years, I went Manali for different purposes and got chance explore the place from different angles and god it was fun every way I tried but most of all it was a relief from summer heat of northern Indian plains in lap of #Himalayas. While one can feel the transit every day. Transit because #Leh felt like home later and by road Manali to Leh highway is the one of three way to reach Leh.

Manali became and hopefully be my favourite transit camp. More about Manali some other day!

You are looking at the not so ambitious idea of mine when I think I need to be there. Yeah, you heard it right. I understand if some of you have started thinking already that i am crazy. Well, thats normal reaction. I feel I was born so that I can travel and just travel

I know it sounds insane to most of you but however i have started my journey. I have some time and lots of regions to cover. When I thought I want to travel, of course first question was where to start? and after not thinking too much I realised I have already started and cover many parts of my own country, that is, of course, India.

Second part was to know how to classify the world so i can feel I have really travelled this planet and after not looking so much I found this website called thebestravelled.com. These guys has done a job in putting a lot of information together for people like me. However I see they efforts are limited for the regions called third world. Nevertheless its probably best attempt so far by any website I have come across.

I am walking…and coming to your area one day, believe it or not…but I will…definitely. Or may I have already pass by. You will know that by my post to come.

Till then keep smiling, keep living!