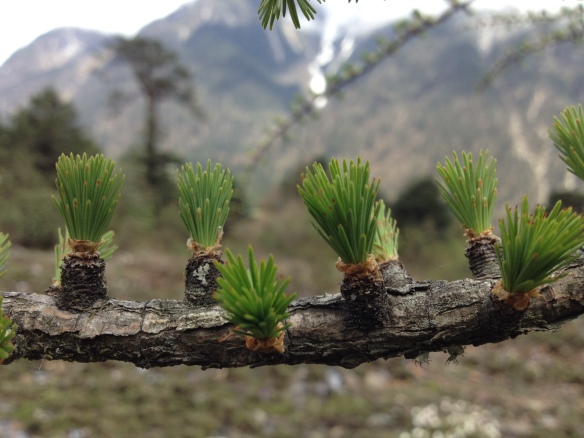 This beauty is what I captured while returning from Zero point and going toward Lachen!

Hey folks, you read till now how we reached to zero point

Snow fall is something I like, Ok, I love it. So it was sort of euphoric pleasure which I derived. I did not want to leave that place, Alas! It was not meant to be and we resumed our journey.

As I mentioned earlier we pre- decided to stop in Yumthang Valley on the way back and we were in for a treat by Yak! Yes, when we came back to Yumthang, there were a lot of Yaks grazing in the open land. We stopped there and decided to have some fun, 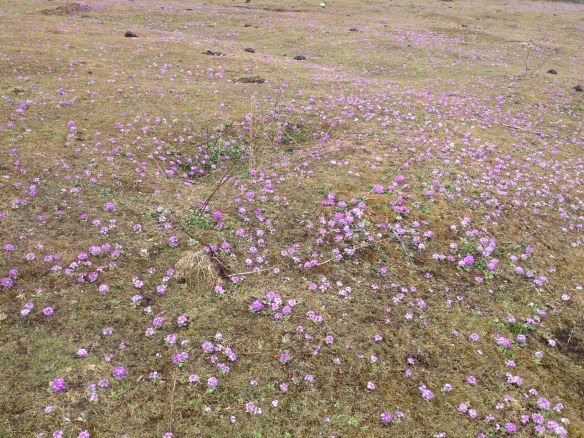 Flowers & A lot of flowers!!

After having some fun in Yumthang Valley, we resumed our journey to our next halt place which was Lachen. We need to come back down to Chumthang to change the route to go to Lachen. We spent whole remaining day on road and reached Lachen around evening time.

We left after checking in to our Hotel to visit village and I came to know about a local monastery. Due to late in evening it was closed, however we got to talk to locals and we could see the monastery’s outer walls which has stories in the form of painting and carvings.

We heard musical tunes were coming out of the house and we were to assumed it was a worship event because of the type of the music. We entered the house and asked the people what exactly was it and if we could see the event which turned out to be a house warming ceremony and spanning three days and to be performed 4 – 6 hours each day.

This was the setup of the worship, they were reciting religious chants and Shlokas. We saw all the process for few minutes. When we were about to leave we met owner of the house and he started to talk to us. We exchanged ideas, thoughts, informations and so on.

We moved back to our hotel after this, had dinner and slept off.

You read so far how we reached Lachen and had amazing time at river side. You can read earlier post here

We were told by Mr. Dawa about next day itinerary and we were informed to be ready by breakfast time of 8am. We started little later than 8 am and headed directly to Zero point via Yumthang Valley. This area is famous for Rhododendrons flowers. Some of the articles hint about there are 24 colors of these flower and this is the only place world wide where one can find all the colors. We too spotted few of them and here they are 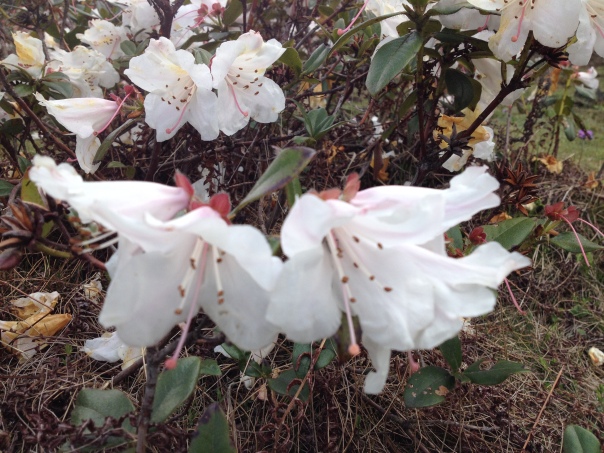 We did not stop many places while going up as expert advice from Mr. Dawa suggested we could do that while coming back and by this time he had earned our trust in these issue, however Mr. Dawa deserves a separate post altogether.

So while going up we stopped at Yumthang valley for couple of minutes to stretch out legs and one more beautiful spot which I am going to share with you people, here

This is place felt to be pristine and heavenly that we requested Mr. Dawa to stop the cab and stroll around a bit and take pictures. Personally it felt to be like I have ventured in some unearthly place where humans are not allowed to go. More time you spend there and more you feel better from with in.

After spending some 20 – 25 minutes here, we resumed our journey to zero point. This place is called zero point because civilians are not allowed to go beyond. One can see how harsh climate become there for humans and how difficult it is to maintain roads. When we reached to zero point one snow removing machine was at work at farthest end of the zero point. You find snow all around you, like this 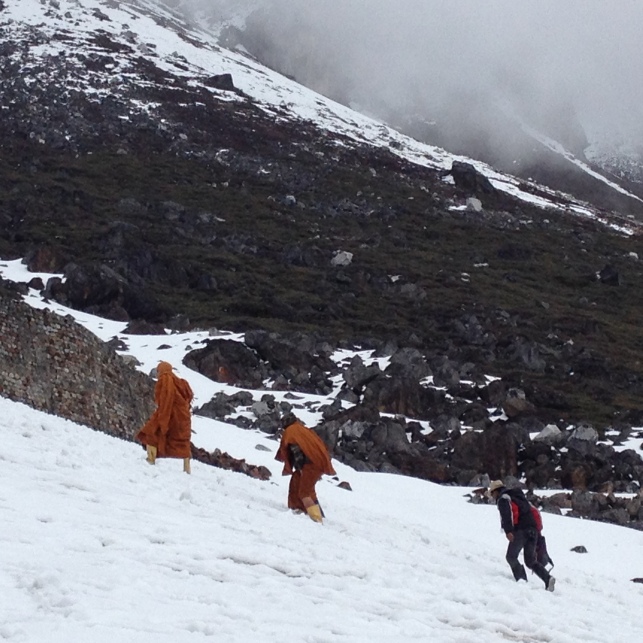 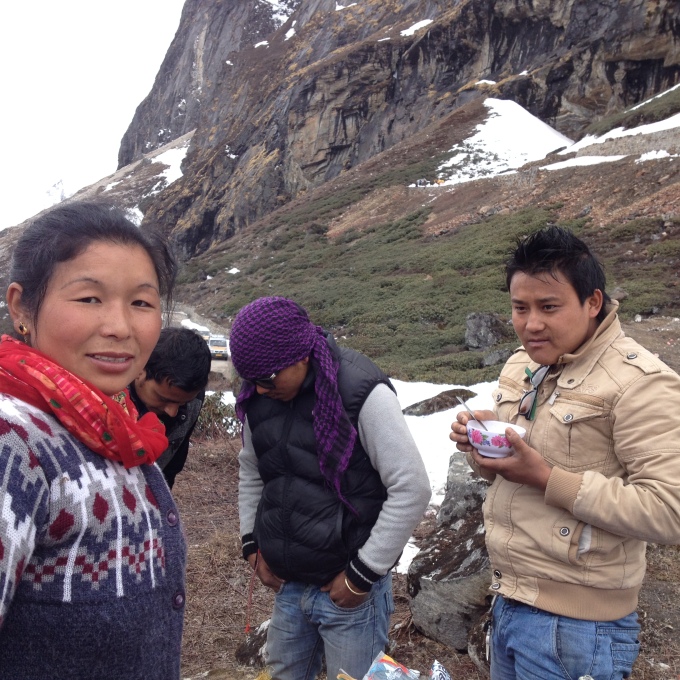 Her name is Pema ( which is one of the most common name probably for ladies across this region ) She cooked food for us at zero point! We had our breakfast there!! – God Bless Her. Mr. Dawa is the one is who is having food.

China border in east said to be around 15 kms from here. We spent around whole two hours till it started snow fall and forced us to leave and take shelter in our cab and resume journey to Yumthang and then Lachen.

In morning we reached Taxi Stand around 10am and looked for the taxi number mentioned by the operator to us which we found in few minutes.

We handed our bangs to the driver who eventually shown them their place on the roof carrier of the cab. After talking to the operator for few minutes we took our seats and thankfully I got the seat in middle row. I hope by now you know how important your seat preference can be in mountains.

We had two more couples and one family of three ( parents along with daughter) to accompany us. Our two nights and three days of adventures ( due to roads), beautiful ( mountains, water falls and whatnot ), chilly, breathtaking journey of North Sikkim started with Mr. Dawa the driver, who later turned out one of most wonderful person we came across during whole journey.

On the way to North Sikkim from Gangtok

I had no idea I was going to have one the most interesting, unexpected journey in these three day which despite of being tiring will turn out a life time experience which will change me personally, socially, spiritually and give my perspective a new angles to look upon. It will make me look my self and my loved one in a light I probably did not expect it to be.

With in some time of leaving from the taxi Stand and heading toward North Sikkim we came across few waterfalls though smaller ones and Dawa told us they are part of Gangtok and we could see them when come back, more over we will se lot more waterfalls on the way that we will be bored by the time we come back and, indeed, man was true to his words. 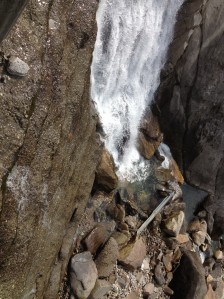 Water Fall on the way to North Sikkim from Gangtok

There many scenic waterfalls on the way to Lachen, which was our first night halt in North Sikkim and got its name from the tributary of Teesta river which is tributary of Brahmaputra river but interesting thing was Amitabh Bachchan water fall.

Yes, my friends, on the way to North Sikkim from Gangtok, there is this waterfall which is named after the iconic actor Mr. Amitabh Bachchan. This is one the many falls those come in your way however people has made it a point to stop at this point and enjoy some self made jokes or feel the awe of the actor himself to get a waterfall named after him.

The whole way is not so smooth and people who has mountain sickness problems should carry their medical kit with themselves as mandatory thing, more over remember to keep it with you and not in the bag which has been packed on the roof top of the cab to begin with,

The temperature hovered around 5 – 12 in day time but we did not feel any problem as we were already prepared for these things. ` 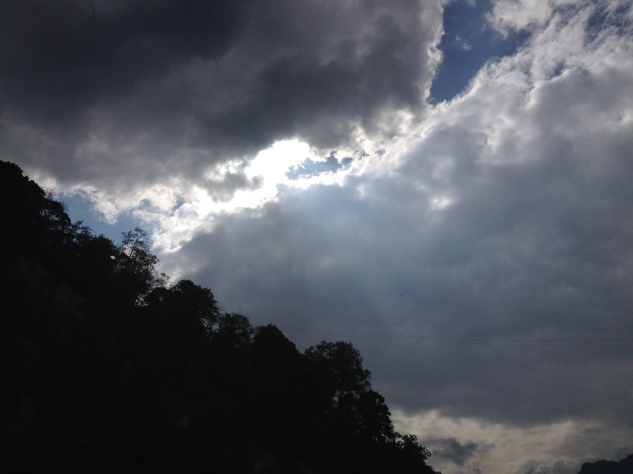 After spending whole day on road with all the twists and turns, we reached Lachung for night halt. Evening was cool and we thought of having a stroll down the lane toward the bridge on the Lachung river. I spent almost an hour or so there with mother nature and made calm. We had dinner at the guest house after returning from the bridge and after discussing further itinerary head to sleep for next day. 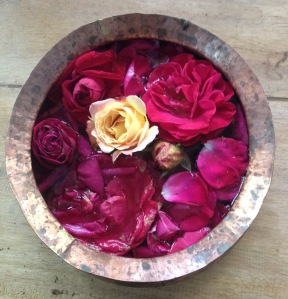